Written by Death by Variance. Find out many more knowledgeable and interesting articles at his personal blog here.

The probability of the occurrence of an outcome in an event is quantified as a number between 0 and 1. The closer the value is to 1, the higher the chance that the outcome will occur. Calculating the probability that an outcome, denoted by A, will occur thus requires knowing two quantities. First, the number of all possible outcomes of the event which we denote by N, and second, the number of outcomes among those that are identical to the outcome that we are interested in which we denote by X. Given these quantities, the probability that A will occur, P(A)= X/N.

For example, in a mirror match between two RB aggro players, A and B, let us say that Player A is at 4 life with a Glorybringer and a Goblin Chainwhirler attacking Player B who is at 9 life with a clean board and 5 lands. Player A has no cards in hand but has a Chandra in play (which he already used) while Player B has a Lightning Strike in hand. 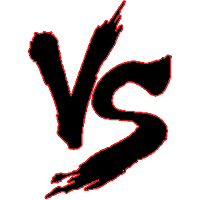 Given this situation, Player A is deciding whether to use the Lightning Strike to kill the goblin, taking the damage from the 4/4 dragon and falling to 5 life or to shoot the instant at Player A, bringing his opponent down to 1 life. Player B knows that even if he uses the instant to kill the goblin, he will still die to another attack from the dragon and tick up (2 damage) from Chandra in the next turn. However, if he does not kill the goblin and draws unlicensed disintegration the next turn, then he will be able to kill both the dragon and the goblin but he will still die to Chandra’s +1 ability since he will be at 2 life from taking damage from the goblin. Based on what is in the public zones (graveyard, battlefield, exile), Player B knows that he only has 30 cards left in his library, which include 1 Chandra, 4 Unlicensed disintegration, 1 shock, 1 lightning strike, 4 Glorybringer, and 1 Earthshaker Khenra. Let us assume that no other cards in the library are relevant for the next turn cycle. Based on this information, all of the cards mentioned except unlicensed disintegration will allow Player B to win on his turn if he chooses not to use the lightning strike to kill the goblin and shoots the instant to the dome instead. Thus, the outcome we are interested in is Player B drawing a card that wins him the game in his next draw step. There are 30 possible outcomes since there are 30 cards left in the deck and of these, 1 Chandra, 1 shock, 1 lightning strike, 4 Glorybringer, and 1 Earthshaker Khenra fit the outcome that we are interested in. That’s a total of 8 cards. So, the probability that Player B will draw a card that wins him the game is equal to 8/30 (26%). On the other hand, the probability that Player B will draw an unlicensed disintegration is only 4/30 (13%). Thus, we can say that Player B is twice as likely to draw a card that wins him the game if he casts it at the opponent instead of the goblin than he is to draw unlicensed to keep from dying. Based on these numbers, it is sound judgment for Player B not to kill goblin and instead shoot the lightning strike to the dome.

But what if Player B does so, and then draws Unlicensed Disintegration? He dies the next turn and when he looks at his next card, it’s one of the 4 Glorybringers in the deck which would have won him the game had used the lightning strike to kill the goblin. Well, this of course can happen. In fact, based on our computation, it will happen about 13% of the time in the said situation. However, this does not mean that Player B’s decision to spare the goblin and burn its master instead is incorrect. In fact, if you were placed in this exact same situation for 100 games and you choose the same play over and over again, you will definitely win about twice as many times as you will lose. Thus, in any single game, the actual outcome of a decision will vary, but playing smart by using the concept of probability consistently is good magic that will have noticeable rewards.

May the shuffler be with you!